David and Goliath: Acts of Business, Brand and Power of One

I had a recent experience associated with a Goliath Brand. One of those brands that have become a part of daily business and one that seems to be everywhere…one that is just accepted at the almighty service provider, one that I never thought of there being another…

For years I have used the service without a thought or care in the world, till one day it was taken away, no access, locked-out and my company had been so dependent on it that our time was frozen with no productivity.   Seemed like it should be any easy fix, as easy as it is to use…come to find that is not the case.

In Less-than one-hour a competitor, and smaller company saw the cry and reached out to me direct. Without using an aggregate, it was literally their awareness and paying attention to the Goliath – they didn’t hesitate, they saw an opportunity to help.

It burst the “Goliath Bubble” for me, that there is more than one and reminded me the power that one can have against the Goliath, never feel trapped if you are not getting the service you deserve just because a Goliath is focused on other goals which leave the Fort unmanned – don’t be a hostage, there are other businesses out there that want to work with you right now; not when it is convenient.

Other Ideas about ‘David and Goliath’:

“Why Entrepreneurs Should Read Malcolm Gladwell’s ‘David and Goliath”

There are a lot of lessons one can take from the book. First, underdogs may actually be the kinds of companies we should join, invest in or seek to become if we’re running them. Or at least act like an underdog. Second, change the rules and the game. Third, use speed and maneuverability to surprise your competitors and keep experimenting. Push the limits. This is exactly what defines successful business today.

Jewelry by IG: @queend.co
#Chinatown #sanfrancisco
Lucky pole
#LiveMusic #SanFrancisco
North Beach, if we were in Italy 🇮🇹 tables would be full of people starting their morning naturally before hitting the office, instead it’s the Silicon Valley Shuffle c/o SF 😔. They probably have free food in the office, and coffee.
North beach in the morning, empty cafe tables as 100s of people shuffle by with their computer bags, and buses dropping off one after another so people can get to work in Financial.
San Francisco Bay Area
(415) 617-5543 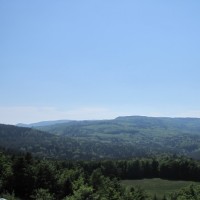 Your life is your message to the world. Make sure it's inspiring

A Wine Blog with a Focus on Fizz, Alsace and Australasia

Secrets of a Signal Intelligence WAC